The Holland Club is a social organization whose purpose is to promote fellowship among its members, and to further interest in the Netherlands and the Dutch Customs and traditions.
The Holland Club was founded in 1960 and celebrated 50 years in 2010. Our annual events include: a Wine and Cheese gathering; Las Vegas Night; Oranjebal celebrating our King’s Day; pool and beach parties; our annual Indonesian dinner, the Rijsttafel; and Christmas and Sinterklaas parties.
Some of our members get together regularly for a pleasant Dutch-style ‘koffie uurtje’ or to play Bridge and Klaverjas. We are always open for new initiatives and more information can be received by contacting us at

For more details about these events, contact us at editor@hollandclub.org

Well as the year progressed we could meet due to virus concern so not many of our activities actually happened. We wait until we can meet again face to face, without a mask and get back to our parties.

The first Dutch military satellite was launched successfully today from Mojave Air & Space Port in California. The BRIK II nanosatellite was launched into orbit by Virgin Orbit. BRIK II is an experimental project of the Royal Netherlands Air Force, with this launch the Netherlands Ministry of Defense has officially entered the space domain. Representatives of the Ministry of Defense and the Embassy of the Kingdom of the Netherlands in Washington, D.C. were present at the launch.

In 2019, NATO underlined the importance of using space by declaring it as an operational domain. The Dutch Ministry of Defense believes the use of space is an indispensable component of an information driven Armed Forces. The Netherlands military is already highly dependent on satellites, for example, the use of navigation and communication systems.

In cooperation with Dutch industry and knowledge institutes, the choice has been made to explore scalable and affordable capacities for the military use of space. The launch is a first test to demonstrate the potential of nanosatellites for military and civilian use.

The designer and developer of BRIK II is Innovative Solutions in Space from Delft, the Netherlands. The Royal Netherlands Aerospace Center (NLR) has developed new technologies that are put into practice via the BRIK II. In addition, there is collaboration with Delft University of Technology (TU Delft) and internationally with the University of Oslo.

Nanosatellites, slightly bigger than a milk carton, are less expensive than the traditional and bigger satellites and can be launched into orbit on a bigger scale, which results in a less vulnerable and more redundant system.

The name BRIK II refers to the first aircraft for the Royal Netherlands Air Force. This plane was used in 1913 to explore the domain of aviation.

The post Successful launch of the first Dutch military nanosatellite appeared first on Embassy of the Netherlands.

from Embassy of the Netherlands https://ift.tt/3jtbfkO
via IFTTT 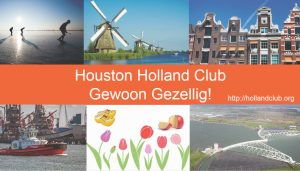